The Ultimate Guide to Seasonal Acne

Is your skin prone to breakouts, but only during certain times of the year? Do you experience skin inflammation whenever the sun comes out, or perhaps only when the dry winter air takes over? Do you find yourself unable to bask in the sun as much as you would like because you fear further skin irritation? 🎄🎅🏻🤶🏽🎁 Do you dread Christmas gatherings because you don’t want to feel self-conscious in the company of all your relatives? If the season dictates the condition of your skin, then you may be a victim of seasonal acne. 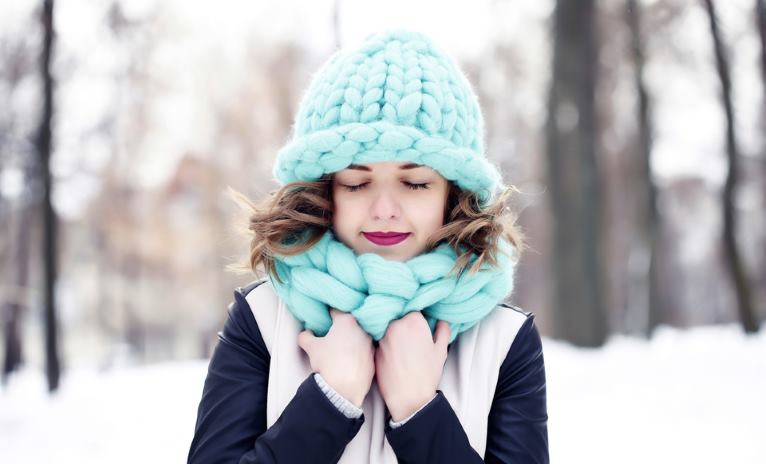 Seasonal acne may get worse or better every winter, fall and summer.

While it might be better than having all-year-round acne, seasonal breakouts are indeed the stuff of nightmares. Seasonal zits are as unpredictable as the weather, 🌱☀️⛈️🍂❄️ and they seemingly come and go as they please.

We feel your pain, which is why we created the ultimate guide to seasonal acne. We will discuss the causes of acne so that you understand your condition and learn how to control it. You will also find a discussion of research on the topic, such as the connection between acne and seasonal melancholy. We provide a selection of scientific experiments which have been conducted in the hopes of investigating the unpredictable phenomenon of seasonal acne. Of course, we will also discuss a wide variety of cures and remedies available in order to make your skin glow and thrive again!

The Causes Of Winter Acne

The most common cause of seasonal acne is a shortage of vitamin D (a hormone generated by your skin when exposed to the sun). This vitamin is arguably the most important component responsible for your body’s, as well as for your mind’s, well-being. It has an impact on a whopping 10 percent of your body’s genetic makeup. It can improve acne because vitamin D boosts serotonin, which can help combat stress.

A lot of acne is caused by stress because stress can increase inflammation, one of the main causes of acne. Vitamin D can also help reduce acne by providing antioxidants that help get rid of pimples. It also decreases your insulin levels – which typically reduces the amount of oil your skin produces – and generally boosts your immune system and decreases inflammation. Unfortunately, many people 👨‍🦰👧🏾👦🏽👧🏼👦🏿👩‍🦱🧔🏻 have a vitamin D deficiency, especially in the winter months when sun exposure is limited. This deficiency could lead to winter acne. In fact, seasonal affective disorder, or seasonal depression during the winter, is considered to largely affect acne rates. The lack of sunlight brings people down, and they end up seeing these effects on their skin too.

Winter months may also bring about acne because of the increase of porphyrins that our skin’s outermost layer experiences due to the lack of light.

It has also been suggested that we experience more pimples in the winter due to exposure to artificial heating, or even from overeating during the cold months.

The Causes Of Summer Acne

Not everyone is susceptible to acne in the summer. Depending on your lifestyle choices and your genetics, you may or may not suffer more in the heat. So, why do some people argue that human skin is more prone to acne during the summer months? One reason is that some people’s skin becomes excessively sensitive during the warm part of the year due to the intensity of UV rays. This produces free radicals which affect their complexion. Free radicals are oxygen molecules that have lost an electron and are desperately looking to acquire another. They bounce around trying to steal electrons from other molecules, often causing cell damage in the process.

On the other hand, many people do not experience a proneness to breakouts during the summer simply because they may possess ‘tougher’ skin. If your skin is less sensitive in the summer, this may be because you have higher levels of vitamin A, which offers strong protection against sunlight. 🛡️🔆 This protection is based on a buildup of substances like retinol on the surface of your epidermis. If you do not have naturally high levels of retinol, you may want to feed your body with foods like dark chocolate, which contain polyphenols and flavonoids, as well as with various antioxidants commonly found in leafy greens and most nuts and beans.

Which Season Is Worse For Your Skin?

You may have found yourself wondering whether seasonal acne is an actual thing or whether you merely imagine it as recurring according to your local meteorological forecast. Indeed, your suspicions were not delusional. Science has confirmed the existence of seasonal breakouts, and this information has been restated over and over again by studies dating back to the early 2000s. Still, scientists disagree on the exact causes of seasonal acne and thus also differ on whether or not acne worsens in the winter or in the summer. So, which months are more debilitating to acne-prone individuals?

A report that was compiled in 1996 posits that all seasons can cause equal amounts of acne. Of 139 acne-prone subjects examined, 33 percent believed themselves to be suffering from seasonal breakouts. At the end of the study, a third of the subjects blamed winter for a higher rate of acne, and an equal number of subjects blamed the summer for the same. For a lack of a better explanation, the researchers concluded that the sun’s rays were the cause of acne, but the findings were not precise.

One other experiment conducted in Saudi Arabia claims that the winter period is a worse time for your complexion. Dermatologists from Saudi Arabia tested 220 teenagers suffering from acne, 65 percent of whom were girls. The experiment was conducted during the winter, and it posited that breakouts for acne-prone teenagers are much worse during the cold months. 👨🏻‍⚕️👩🏽‍⚕️👨🏿‍⚕️ Other smaller-scale surveys confirm that most people suffer from pimples during the cold months.

As findings differ greatly among different people and different climates, it is safe to say that your particular kind of seasonal acne most probably depends on your personal skin type, lifestyle, genes, etc.

One way you can decrease season acne is by increasing your intake of certain vitamins. As we discussed before, vitamin D deficiency is a common reason for seasonal outbreaks. The trick is to ingest vitamin D3-only supplements, which is the most natural form of the nutrient, as opposed to D2.

You may also want to up your magnesium and vitamin C intake. Both of these ingredients are universally healthy additions to your system, but they also decrease cortisol levels, thus relieving you of stress. Indeed, they have even been praised as particularly helpful in intensely stressful situations such as stage fright. It is quite easy to get more magnesium and vitamin C because they’re abundantly present in various fruits and vegetables. If you are seeking extra magnesium, 🍌🌿🥜🍫 opt for bananas, basil, various kinds of nuts, and even chocolate. If you are looking to up your vitamin C intake, opt for broccoli, garlic, potatoes, peppers, and kiwi.

You might also alleviate your seasonal acne symptoms caused by stress, by increasing the amounts of zinc in your body.

Zinc ups your serotonin levels and relieves you of oxidative stress caused by free radicals. Zinc also aids in the production of retinol-binding protein, contributing to your complexion’s vitamin A storage – leading to less sebaceous gland activity. Indeed, an experiment on curing depression with zinc concluded that half a dozen of test subjects felt happier after several months. If you are willing to give this method a try, focus on eating meat and animal organs, eggs, and 🦀🦞🦐🦪 seafood such as oysters.

Increased exposure to UV rays is one of the main culprits for summer acne, so the best way to cure it? Sun protection. Even if you never burn, UV rays can still damage your skin, making sunscreen a must for all skin types. If you typically avoid sunscreen because it makes your skin look purple or ashy, try a clear sunscreen instead. If you’re worried about sunscreen clogging your pores, simply check the ingredient list and be careful to avoid common pore-clogging ingredients like cocoa butter or palm oil.

Additionally, don’t forget to take in more antioxidants during the summer. Antioxidants help fight free radicals, the volatile oxygen molecules that can cause skin cell damage. Spices are great sources of antioxidants, and if you want, you can even apply them directly to your skin in a face mask. 🔬📚 Studies show that cinnamon, in particular, is high in antioxidants, plus it can effectively kill acne-causing bacteria.

If all else fails, stick to showering with cold water this summer. The cold water combats potential dry skin resulting from the hot air in your surroundings. While excessively warm baths parch your skin and stimulate the production of sebum as a lubricant, colder baths moisturize your skin, alleviating the symptoms of acne. If you have ever taken a really cold shower, you may also have noticed a mood boost afterward – and you cannot go wrong with serotonin when fighting acne.

Curing winter acne is tricky because the harsh cold winter air can irritate your skin, but so can the harsh artificial heat we use to protect ourselves from the cold weather.

Getting more vitamin D can help, but you can also make two key changes to your skincare routine to help reduce winter acne breakouts.

✔️ First, avoid overwashing your skin. It’s important to wash your face when you wake up and before you go to bed, but additional washes throughout the day could actually dry out your skin and cause irritation.

✔️ Second, make sure you’re using a moisturizer. It’s always a good idea to moisturize your skin, but some people with acne avoid it for fear of clogging pores or making the skin look greasy. The truth is, as long as you avoid common pore-clogging ingredients like coconut oil or algae, moisturizer can actually help reduce acne during all four seasons. Moisturizer helps protect the skin from irritation, which prevents inflammation, which then prevents acne from forming.