Benzoyl peroxide is officially the world’s most frequently used acne treatment, 🌎 but rubbing alcohol (which is also known as isopropyl alcohol) is probably a close second. Rubbing alcohol feels good on the skin, but it is does not make the skin look better. 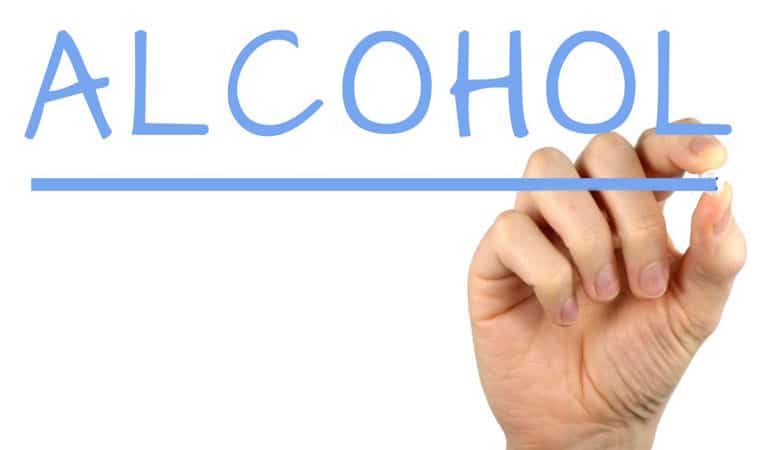 Rubbing alcohol usually creates new blemishes rather than eliminates old ones by causing pores to become clogged with dead skin.

What Is Rubbing Alcohol?

Rubbing alcohol is the form of alcohol known to chemistry as isopropyl alcohol. It is manufactured by combining a form of coal gas, known as propene, with water. In Europe, the only ingredients used to make rubbing alcohol are the coal gas and water. In the United States, most manufacturers accelerate the process by adding sulfuric acid to the reaction vessel. Tiny traces of sulfuric acid remain in the isopropyl acid product.

The process of making isopropyl alcohol forms a kind of mixture known as an azeotrope. There will always be some water that does not combine with propene, so there is some water in isopropyl alcohol that can’t be boiled off or distilled away. It is possible to dilute isopropyl alcohol with more water, 💧 but it not possible to make it purer than it is at the end of the manufacturing process (except by use of vacuum treatments or extreme pressure).

What Does Rubbing Alcohol Do?

Isopropyl alcohol is known as “rubbing” alcohol because it can be used to rub glue, grease, and paint off dirty surfaces. Rubbing alcohol dissolves fats. It also dissolves DNA, and is used in testing labs to remove the DNA from tissue samples for genetic analysis.

When you rub isopropyl alcohol on your skin, you quickly remove any fats in makeup and cold cream that may be on your skin.

Up until the 1970’s, there actually were reasons you would use rubbing alcohol in skin care:

How Rubbing Alcohol Can Cause Acne

Acne bacteria also accumulate underneath the dead skin cells, and the immune system tries to destroy them by releasing inflammatory chemicals—which also damage the skin.

Rubbing alcohol increases hyperkeratosis. It destroys DNA in cells lining the pore. They die and flake off into the pore. If the pore is not exfoliated, it becomes clogged, and acne follows. Isopropyl alcohol is not the only substance that does this. Skin care products that contain isopropyl myristate, isopropyl palmitate, isopropyl isostearate, decyl oleate, neopentanoate, petrolatum, mineral oil, cocoa butter, paraffin, menthol, or sodium lauryl sulfate can have the same effect on skin. (Skin care researchers have found that cetyl alcohol and stearyl alcohol can cause acne in rabbits, 🐰🐇 but there is no indication that they can cause acne in people.) They initially leave the skin feeling cleaner, but by killing cells in the lining of pores, blemishes may follow a few days later.

Even though dermatologists have known for over 50 years that rubbing alcohol can cause at least as many skin problems as it treats, scores of common acne care products contain it.

Some of the products you should not use on your skin for treating acne are:

The products you use in acne care should be alcohol-free, but there are times it makes sense to use rubbing alcohol as a skin treatment.

There just is no place for rubbing alcohol in treating acne. But it is still a useful treatment for cuts and scrapes. For effective acne care, check out the products offered by Exposed Skin Care.

Comments 0
Related acne articles:
Are Acne Pads a Useful Form of Acne Treatment?
Acne pads are the cheapest way to treat acne. Unfortunately, acne pads are also often the worst way to treat acne. 🔎 Finding the right...
Best Over-the-Counter Acne Treatment
No over-the-counter acne treatment will treat the most severe forms of nodular or cystic acne. Many over-the-counter treatments, however, are helpful for mild to moderate...
How to Get Rid of Acne For Good!
Don’t know where to start for acne care? This article will tell you the basics anyone who has mild to moderate common acne can use...
Comments (0)
Add Comment
Cancel reply