Celebrities Get Acne Too: Check Out These Actors With Acne

Most people get acne—it’s a fact. However, when we actually have acne, we often feel really alone. Acne is one of the most common skin conditions, and even celebrities deal with it. Let’s take a look at some actors with acne.

In 1995, actor Brad Pitt was selected as People Magazine’s “Sexiest Man Alive.” In 1975, however, the then-unknown Brad Pitt was about to start Kickapoo High School in Springfield, Missouri. He was plagued by acne, just like many teenagers. In 1985, Pitt was earning his living by wearing a chicken suit 🐥 for an El Pollo Loco restaurant in Los Angeles, California, keeping his acne scars under synthetic chicken feathers.

Since he began his acting career in 1987, Brad Pitt has always had makeup artists available to cover his acne scars for public appearances. Even today (so I am told by a friend who shared a cab with him a few years ago), Pitt’s scars are visible without makeup. But his self-confidence is more noticeable than a few blemishes in his complexion. 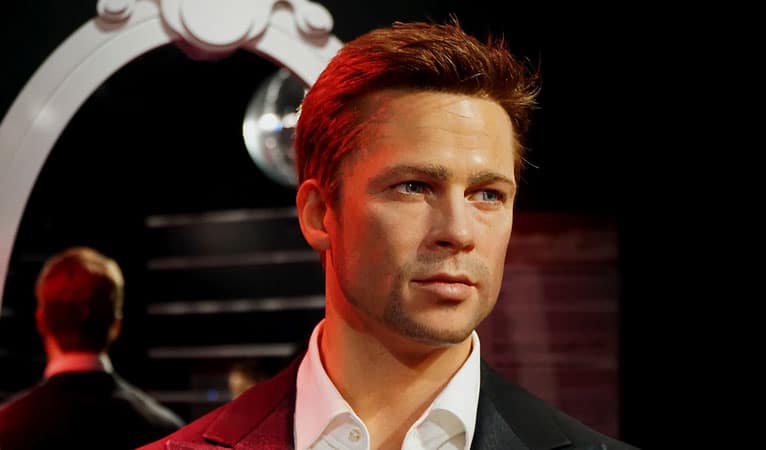 Even famous Hollywood stars have acne too!

Growing up a Baptist preacher’s daughter in Abilene, Texas, actress, singer, and philanthropist Jessica Simpson was recording albums at the age of 12. She pursued a highly visible music and acting career despite having teenage acne—making no effort to hide the fact that acne was a part of her life.

Jessica Simpson even agreed to be photographed when her skin was broken out, and used her position to show how well various acne products (especially ProActiv) worked for her.

Sixty-four year-old actor Edward James Olmos once suffered severe cystic acne on his cheeks and forehead, but that did not keep him from winning an Emmy and a Golden Globe for his roles on Miami Vice, Battlestar Galactica, The West Wing, and Dexter. He has starred in over 40 movies ranging from the serious 12 Angry Men to the not-so-serious 📽️🤣 Green Hornet and Beverly Hills Chihuahua. And throughout his career he has played nearly all of his roles with very visible acne scars.

Beautiful and phenomenally talented Serbian tennis star Ana Ivanovic allows herself to be photographed when she has active pimples not covered up by makeup. Canadian singer-songwriter Nelly Furtado, known for her hit songs Promiscuous and Like a Bird, has been photographed with dozens of active pimples on her forehead, as has Daniel Radcliffe, best known for playing Harry Potter. Socialite Nicole Richey did not attempt to cover up acne when she was pregnant with her first child, and CSI star and famed actor Laurence Fishburne has had active acne his entire career.

Actors With Acne: How To Handle It

Celebs often wear a lot of makeup for the cameras, which can sometimes exacerbate acne. That’s why a simple skin care routine that is effective in removing makeup is so crucial to combatting acne.

The best way to tackle acne is to establish a simple, easy-to-follow and repeatable skincare routine that will let you stay consistent. Look for a product line that has product kits to make it super easy to find the right routine. For example, Exposed Skincare is a great choice because it’s cost-effective, easy to use every day and actually works. Plus, Exposed says its products work within 30 days, and if they don’t, you can return them and get your money back. 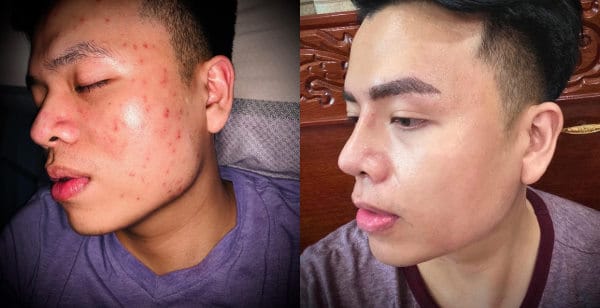 This person used Exposed Skincare and saw results within 24 days.
Comments 4
Related acne articles:
Acne Tips for a Last-Minute Breakout Before a Big Date
You have a date tomorrow night, but a huge, red, ugly pimple just popped up? How can you get rid of it in time? Pimple...
Are Acne Pads a Useful Form of Acne Treatment?
Acne pads are the cheapest way to treat acne. Unfortunately, acne pads are also often the worst way to treat acne. 🔎 Finding the right...
Comments (4)
Add Comment

I had bad acne as a kid very young. Two year dose of Roacutane was good as perfect. Just don't pick.

Nobody considers Edward James Olmos or Laurence Fishburne to be sex symbols. There's lots of ugly celebrities that are successful because they're character actors who aren't picked for their looks.

Is this supposed to be encouraging or something, like for people who have acne to point to these celebrities for having acne as well? Because that's the wrong message. Acne is unhealthy and undesirable. These celebrities have acne scars because they picked at their acne or left it untreated. Wash your face every night before bed, change your pillow case often, and use acne cream. If you have acne beyond your teenage years, then you have a more serious issue and should see a doctor.

That's not true, actually. Acne is normal, even beyond the teenage years. It's particular common in women, because of the hormonal fluctuations women experience. There's nothing "unhealthy" about acne. Now, if it's severe, then yes, there's probably an underlying issue, and you should see a dermatologist. But a zit here and there is nothing to worry about.