Why You Should Be Using Barberries to Treat Your Acne

Barberries are one of the most antioxidant-rich fruits found in nature. It’s now a scientific fact that barberries have numerous health benefits. They’ve been found to be effective in treating a number of respiratory, gastrointestinal and skin issues. As a result, they have generated a great interest in the scientific community. But most recently, they’ve been getting attention for their possible acne-fighting benefits.

With acne being one of the most common skin problems, the search is always on for safe and natural ways to prevent it, control it or get rid of it. 🧪 And a recent double-blind randomized placebo-controlled clinical trial revealed that barberries are very effective in the treatment of moderate to severe acne. 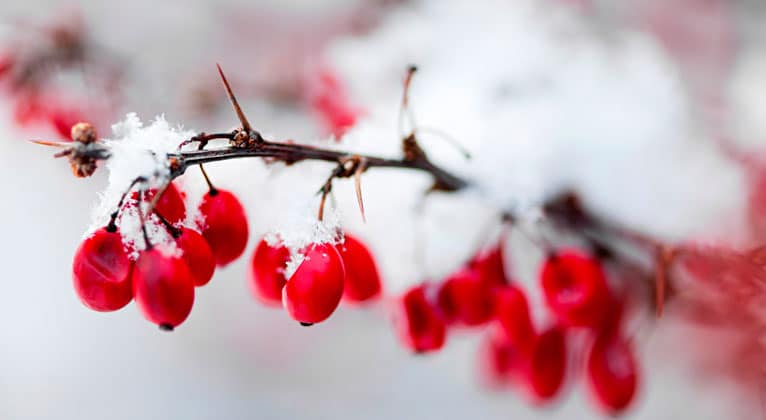 Eating dried barberries might just clear up your skin.

Herbs Used In Treatment Of Acne

In addition to prescriptions, over the counter treatments and kits like Exposed Skin Care, there are a number of natural herbs and extracts available on the market to control acne, too. 🌿 Most of them contain ingredients that are traditionally used in ancient Chinese medicine.

One of the more promising natural herbs to control acne, however, comes from Japan. The Japanese root herb called Rhizoma coptidis has been found to be very effective in treating acne. In fact, it has been shown to be as effective as the drug Accutane, that was pulled from the market by the FDA due to serious side effects. Although the root herb is effective, it’s not completely free from possible side effects.

Research has shown that the active component of this root, effective against acne, is called Berberine.

And guess what fruit has lots and lots of berberine? You guessed it, Barberries! They have been used in Middle Eastern cuisine for centuries. These sour berries are packed full of antioxidants and other nutrients. So it’s a no-brainer that they should be effective against acne, right?

The health benefits of these delicious little berries date back over two millennia. They’ve been used in ancient India, China and other Asian countries to treat a variety of conditions. And they still find a wide usage in Iran to treat many diseases of the liver including gallbladder issues and heartburn.

Berberine, the active component of barberries, is a potent antibacterial compound and has been shown to boost the immune system. The water extracts of barberries promote cardiac health and neuronal health. 🩺 It’s also effective in treating hypertension, epilepsy, and convulsions. In recent years, the antioxidant potential of berberine has been linked to its cancer-preventing actions as well.

Are Barberries Effective In Acne?

The claims of various health benefits of barberries have been substantiated by a number of scientific studies. 🥤 People consuming barberry juice have experienced many benefits… including noticeably clear skin.

A recent double-blind clinical trial put this claim to test. The randomized placebo-controlled trial was conducted with fifty volunteers between the ages of 12-17 with moderate to severe acne. Half of the group received a placebo sugar pill and the other half received a teaspoonful of dried barberries three times a day for a period of one month.

These results are amazing, considering the cost of a teaspoonful of the berries is just about 8 cents and there are no side effects at all! Talk about a win-win situation!

A Word Of Caution

Herbs have been used to improve health and vitality for hundreds of years. However, consuming herbs can sometimes lead to some unwanted side effects as well. Particularly if you are consuming something that is not naturally found in your part of the world. 👨‍⚕️ It is always smart to take these supplements under the supervision of a medical practitioner.

Another rule of thumb to follow: don’t overdo any herbs and know how they may interact with other medications.

People taking barberries in a proper dosage have reported no side effects. However, if you consume too many, nausea and nosebleeds are fairly common.

It’s always good to avoid any herbs in infants. Berberine can cause liver damage in children and should be totally avoided. Similarly, pregnant women should also stay away from barberries. They have been known to stimulate contractions of the uterus and trigger miscarriages. 🤱 Also, if you’re breastfeeding, it is probably best to not try barberries.

Barberries are one of the best sources of antioxidants and other nutrients. The clinical research clearly proves that they are effective in treating acne in as little as a month. 😊 If you follow proper precautions, consuming a few of these berries a few times a day may just be the treatment you were looking for!

Comments 0
Related acne articles:
Why You Need to Try Grapefruit for Acne Treatment
Every few years grapefruit is either praised as a miracle diet food or panned as denounced for its interference with medications. The fact is, grapefruit...
Why Duac Cream is Better For Your Skin Than Other Acne Gels
Duac cream is a combination of an acne-fighting antibiotic known as clindamycin and an acne-fighting antiseptic known as benzoyl peroxide. Together these two ingredients get...
Comments (0)
Add Comment
Cancel reply