How to Use Vitamin A to Effectively Treat Acne

Vitamin A is among the most effective treatments for acne, especially severe or cystic acne. 👦🏻👱🏼‍♀️👨‍🦰👧🏽👦🏿 Popular vitamin A acne treatments like Accutane, Retin-A, and Differin are actually “turbo charged” synthetic forms of this vitamin. But which forms of vitamin A work the best against acne? And how does it work exactly? This article will answer these questions and more. 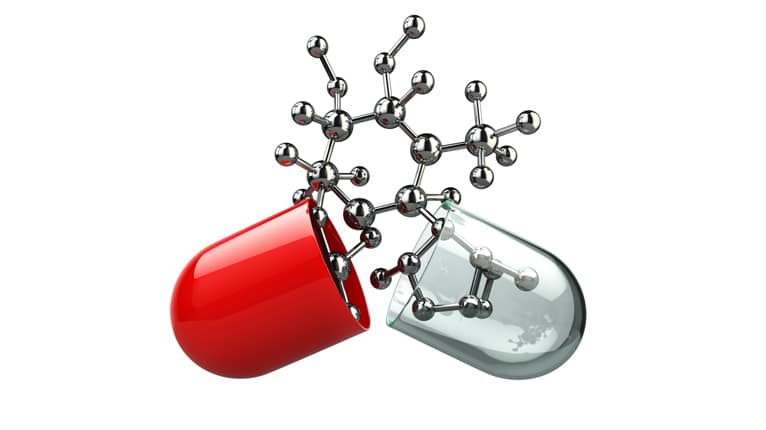 Vitamin A, used in acne treatments, helps to stimulate the growth of new skin cells.

Vitamin A and Your Skin

If you’ve done some of your own research on the effect of vitamin A on the skin, odds are you’ve found some conflicting information. Some research says that retinoids (synthetic forms of vitamin A commonly used to treat acne, which we’ll get to in a moment) slow down the desquamation process, which is the process of shedding the outermost layer of skin. Supposedly, this decreases clogged pores by preventing the shedding of excess dead skin cells. But then, other research claims the exact opposite; they say retinoids actually encourage speedy creation of new skin cells. These articles claim that the new skin cells push the old ones out of the way, also preventing clogged pores. So which is it? Actually, vitamin A does both.

It turns out that vitamin A doesn’t just stimulate or suppress skin cell production, it does something a little more complicated. It actually affects your genes and encourages skin cells to be produced and die at the most effective rate, which is known as skin cell differentiation. We like to think of it as a pace car. If the skin cells are produced quickly but don’t die at the same pace, then living skin cells can cling to the edges of a pore, causing a clog. Then again, if skin cells die at a normal rate but are being produced too slowly, then they can die in the pore without new skin cells to replace them, which also causes clogs. The solution? A pace car.

Vitamin A encourages the production of skin cells at a moderately quick pace, but it also makes sure the skin cells die and move on at the same pace.

Which Kind of Vitamin A Helps Acne?

The Best Retinoid Products for Acne

Retinoids are generally considered the best vitamin A products for treating acne, but which retinoids are best for your specific skin needs?

For Sensitive Skin and Blackheads/Whiteheads: Adapalene is a synthetic form of vitamin A that produces fewer side effects than other retinoids, making it the best option for those with sensitive skin. It is gentler, which means it’s also a bit weaker, so it isn’t the best choice for severe or cystic acne. But if you have mild to moderate acne, studies show it can make a significant difference. It’s commonly sold over-the-counter as Differin or ProactivMD.

For Resistant Skin and Moderate to Severe Acne: If your skin is a bit tougher and your acne more than just mild, then you might want to look into getting a prescription for tretinoin or tazarotene. Tazarotene a good option for those who typically experience post-inflammatory hyperpigmentation (dark spots) 🟤🟤 after acne heals5 and is commonly sold under the brand name Tazorac. Tretinoin, commonly known by brand-name Retin-A, significantly improves moderate to severe acne, though its effects on post-inflammatory hyperpigmentation are less significant than that of tazarotene.

For Sensitive Skin and Moderate to Severe Acne: What if you have sensitive skin and bad acne? Don’t worry, there’s a retinoid for that too. Studies have found that combining low concentrations of various retinoids with other acne treatment products like benzoyl peroxide or antibiotics is a gentler way to get the same results. These products also require a prescription, ⚕️ but they are typically more effective against moderate to severe acne than adapalene.

For Cystic, Treatment-Resistant Acne: If it feels like you’ve tried literally everything to get rid of your acne and nothing is working, you may want to try isotretinoin, commonly known as Accutane. Isotretinoin is different from other retinoids because it is taken orally rather than applied topically. Most people who use isotretinoin take the medication every day for approximately four months, and then their acne stays relatively clear for the foreseeable future. A small percentage of people have a relapse of their severe acne, but this can usually be treated with another round of isotretinoin treatment. The only downside is that isotretinoin comes with many side effects, some severe. However, more and more studies are being done on low-dose isotretinoin therapy, with positive results and fewer side effects.

Common Side Effects of Vitamin A Treatment

As we’ve seen, vitamin A can be a very effective acne treatment, but it does come with some side effects. Some forms of vitamin A, like retinol and adapalene, come with fewer side effects, but others, like isotretinoin, come with very serious side effects.

If you decide to try isotretinoin, you will likely face these same side effects, plus a few more. First, isotretinoin is highly teratogenic, meaning it is very likely to cause birth defects. In many countries, in order to take isotretinoin, you must sign an affidavit swearing to use two forms of birth control at all times in order to prevent birth defects. Some studies also report psychological side effects when taking isotretinoin, such as mood swings, increased anxiety, or even suicidal ideation. However, some research suggests that there is minimal evidence to support the reality of these side effects.

What About Vitamin A Supplements?

So we’ve seen how vitamin A can successfully treat acne when applied to the skin if it’s in the right form, and we’ve seen an oral medication made from a synthetic derivative of vitamin A, but what about vitamin A supplements? Could they have the same effect? Unfortunately, research shows that supplements are not an effective acne treatment.

Generally, vitamin supplements are only helpful in treating acne if you have acne due to a vitamin deficiency.

Comments 9
Related acne articles:
Can You Cure Your Acne With Vitamin B12?
Vitamins are vital, and we should always take more, right? Everyone needs a minimum amount of vitamin B12. But taking too much vitamin B12 can...
Comments (9)
Add Comment

Hello, Can you tell me please. Does eating too much tofu (unfermented) soy, cause eruptions of acne ? I have been clear of acne for a couple of years, and then six months ago re-erupted. I have been eating for the last two years a lot of tofu and have a healthy diest. So the come back of acne confused me, until someone enlightened me to,That rofu is unfermented soy,and is not that good for us Any info would be greatly appreciated. CW

Yes, tofu comes from soy. Soy contains a high amount of phytoestrogens. Too much of estrogen or testosterone can cause hormonal imbalances and one of the symptoms of unbalanced hormones is hormonal acne breakouts. These mostly appear in cystic form around the jaw and chin.

my homornal imbalance is when i have orgasm i get huge cystic acne few hours later and am very sensitive to fruits with high sugar and processed food.

Every since I started using Vitamin A in my products, I noticed a difference and so did my co-workers. Vitamin A has unplugged my pores and evened out my skin discoloration. I used to use a brand that I bought at Walmart, but it did not work well. I now use the Made from Earth Vitamin Enhanced Firming Serum because it also reduces the oilyness of my face. Highly recommended!

did you just take vitamin A form over the counter?

After going through the Accntane treatment my acne came back. I started to use this product by Bluebonnet - Beta Carotene, C, E, Plus Selenium. Works great for me!

You need to use Vitamin A with aloe vera. In one 2014 study, researchers grabbed 60 people with mild to moderate acne and split them into two groups: * Group A was given a topical Vitamin A cream * Group B was given a topical Vitamin A cream plus topical aloe vera Guess which group’s acne healed faster? Group B, Turns out that aloe vera combined with the Vitamin A was “significantly more effective” at reducing acne lesions than the Vitamin A alone. Two good aloe vera choices are the Palmers Aloe Vera & the Made from Earth Aloe Vera. The Parlmers is priced better, but the Made from Earth Aloe Vera is better quality.

I've never really had deep cystic or nodular acne in my life. When I breakout it's usually just surface pimples, either closed or open comedones depending on the area (usually closed comedones around my mouth area and open ones on my nose) and only really around that time of the month or if I don't exfoliate regularly. I used Steiva-A which is a 0.05% retinoid product for 3 months and I broke out in a severe and continued onset of deep non-inflammatory nodular acne. I kept waiting for my skin to clear but it just got worse and worse until I stopped using the product and then I stopped breaking out completey and my skin went back to normal. I thought maybe it was because of the artificial additives in it so I opted for a more natural form of vitamin A and tried some organic rose hip oil several months later. After a few days of using the oil, almost overnight in fact, my skin started forming the deep nodular acne on my cheeks again! Does my skin have an intolerance to vitamin A? What is going on? I stopped using it and my skin is slowly returning to normal and breakout free. The only reason I wanted to try vitamin A in the first place was for its anti aging qualities, which I suppose, in an ironic sort of way, worked because I ended up looking like a puberty pizza hit me hard in the face.

Can I Use Dermastine with Vitamin A while im taking Roaccutane to help with scars?