Always review your options before taking a prescription medication to treat acne.

What’s The Difference Between Over-the-Counter and Prescriptions Acne Medications?

If you’re relatively new to the world of acne treatment, you may be wondering if you really need a prescription acne medication, or if an over-the-counter treatment will be good enough. The answer lies in your skin. For some people with mild to moderate acne, over-the-counter options work just fine. But for others whose acne might be more severe or simply more stubborn, prescription acne medications are the best treatment available.

Essentially, over-the-counter acne medication is available without a prescription, meaning you can go to any local drugstore and pick it up without having to make any kind of doctor’s appointment. Because the use of these products isn’t being monitored by a doctor, they aren’t as strong as prescription options and typically come with fewer side effects.

If you’ve tried all the best over-the-counter treatments, then it may be time to schedule an appointment with your dermatologist to discuss prescription options.

But you don’t want to go into the meeting blind, not knowing what to expect. That’s where Facing Acne can help. Below, we have reviewed some of the most popular prescription acne medications that your dermatologist may prescribe. As with most medications, each comes with benefits and drawbacks, and it’s up to you and your doctor to decide which one is most appropriate for your skin.

Antibiotics for acne, both topical and oral, used to be the top prescriptions for getting clear skin, 🔬 but research has revealed that they aren’t the best option for most people today due to something called antibacterial resistance. This is where bacteria mutate, become immune to certain antibiotics, then reproduce offspring that are also immune, creating entire colonies of bacteria that can’t be killed by certain antibiotics.

When it comes to acne, this means that the p. acnes bacteria that cause pimples and cysts can become more powerful, usually leading to more acne, not less. But the real problem goes far beyond acne. This resistance can spread from one type of bacteria to another, creating all kinds of colonies of antibacterial-resistant bacteria.

Most doctors are now recommending that all antibiotics be prescribed only when necessary. Although acne can have a significant psychological impact and severe cystic acne may present a serious case of infection, there are other, better ways to treat acne besides antibiotics.

So why are antibiotics still prescribed for people with acne?

The idea behind using antibiotics for acne is that they can help reduce the number of p. acnes on the skin and relieve an acute case of severe acne. After the person stops taking the antibiotics, the hope is that the reduced numbers of p. acnes will prevent the pimples or cysts from getting out of hand again. However, in reality, most people simply end up taking the antibiotics much longer than they should, and the acne almost always comes back. That’s because, according to The Lancet: Infectious Diseases, over 50 percent of p. acnes strains are resistant to antibiotics. ⚕️ If your doctor tries to prescribe you antibiotics for your acne, we recommend asking about other courses of action.

Retinol vs. Retinoids vs. Tretinoin

If you’re a skincare veteran, odds are high that you’ve heard of retinol, retinoids, or tretinoin. The question is, what is the difference between them, and is one of them better for acne than the others?

Retinol: Retinol is simply another word for vitamin A, sort of like how we call vitamin B7 “biotin.” It’s important that our bodies get systemic vitamin A through our diet 🥕🥦 for good vision, a strong immune system, and general organ function, but some research suggests that vitamin A could have a positive impact on the skin when applied to it directly. The problem is, regular retinol doesn’t actually do much for acne. That’s because the retinoic acid found in retinol isn’t always activated when left to its own devices. We typically have to activate the retinoic acid synthetically through the creation of various medications.

Retinoids: Retinoids are substances that are derived from vitamin A, which includes retinol, but also includes synthetic versions of retinol with activated retinoic acid which tends to be more effective in treating acne. Retinoic acid has been shown to reduce sebum production and regulate skin cell production, which together can greatly reduce acne. These synthetic retinoids include adapalene, tretinoin, isotretinoin, and others. Although these synthetic options are more reliably effective, they also tend to have more side effects, like burning, itching, and dryness. Unlike retinol, which is available over-the-counter, nearly all synthetic retinoids are prescription-only. One of the main exceptions is Differin, which is a brand that sells a topical gel containing adapalene, a mild synthetic retinoid, over-the-counter.

Tretinoin: As we said above, tretinoin (common brand name: Retin-A) is a synthetic retinoid, but it is stronger than some of the other options. It has been used in acne treatment for decades, and its primary function is to regulate the creation and death of skin cells in order to keep pores from clogging. This process also prevents p. acnes bacteria from hiding in the pores and generating infections that lead to pimples, which means tretinoin can be very effective in reducing all kinds of acne. Its only downside is the side effects, which typically include burning, dryness, and skin peeling. 🌵 According to a review of 40 years of tretinoin use in acne treatment, however, newer formulations are being created every day to help reduce these effects.

Isotretinoin, better known as Accutane, is a synthetic retinoid taken orally rather than applied topically, and it is typically only prescribed for very severe cases of cystic acne. This is because it can cause intense side effects and is a powerful teratogen, meaning it is known to cause birth defects. However, after taking isotretinoin for several months, many people never need to do any serious acne treatment again, so for some, it is well worth the side effects.

If you’re considering taking Accutane for your acne, there are a few important things you should know.

First, you will likely be taking a pill containing 20 to 80 mg of isotretinoin every day for 16 to 24 weeks. This is quite a time commitment, but as we mentioned earlier, many people see outstanding results and have very little acne return even after they discontinue taking the medication. Second, you will likely notice a lot of redness and peeling, especially at the beginning of treatment. Be sure to use a gentle, non-pore-clogging moisturizer to help with these side effects.

Third, if you are able to get pregnant, you will have to sign an affidavit promising to use two forms of birth control at all times while taking isotretinoin. This is because isotretinoin has been known to cause serious birth defects. 🧘🏽‍♂️🧘🏻‍♂️ Finally, although there have been many reports of Accutane causing psychological side effects, a 2016 study conducted on the controversies of isotretinoin found that there is a very weak correlation between isotretinoin and any depressive, anxious, or suicidal symptoms.

Dapsone is a topical gel medicine sold under the brand name Aczone for treating severe acne, and it’s perfect for people who want a low-maintenance acne treatment plan. Unlike many of the best acne medications, Dapsone only needs to be applied once daily, and it is the only medications most people will need, though it’s always good to include a face wash and moisturizer in your skincare routine if possible. Dapsone can function on its own because it is both antibacterial and anti-inflammatory, effectively taking care of two of the biggest causes of acne. However, unlike the previously discussed treatment options, gender plays a role in how effective dapsone will be.

Research has shown that female patients who use it get a much better response than male patients. It’s also a slow-working treatment. Studies among adolescents have shown that it is very effective, but it may take up to 12 weeks for improvements to show up, with more improvements taking place with continued use. Some of the side effects of Dapsone are rashes, dryness, and burning, which may get so severe that treatment must be discontinued, especially if you have sensitive skin.

Combined oral contraceptive pills contain progesterone and estrogen and help to balance out the levels of testosterone in the body One obvious effect of this is birth control, but dermatologists have also found it very useful for treating hormonal acne.

Testosterone doesn’t directly cause acne, but when hormone levels fluctuate and testosterone increases above its baseline level, it can lead to increased acne for some.

This is because increases in testosterone and other androgens leads to an increase in sebum production, which can cause more clogged pores and more p. acnes bacteria, leading to blackheads, whiteheads, pimples, or even cysts.

There are all kinds of birth control out there, but it’s important that you look for the combined oral contraceptives specifically if you’re looking to prevent acne. Progestin-only forms of birth control lack the estrogen necessary to balance out the testosterone, and therefore are unlikely to help your skin much.

Although combined oral contraceptives are a more popular treatment with women, men can use them as well, 👨👩 as they may also experience hormonal fluctuations. The only downside is that birth control pills tend to produce feminizing features in the person taking them, such as reduced hair growth or enlarged breast tissue. To get a prescription for a combined oral contraceptive, you can talk to your family doctor, a dermatologist, an OB/GYN, or visit your local Planned Parenthood.

If you’re looking for a hormonal solution to your acne but don’t want to take a combined oral contraceptive, spironolactone may be the answer. This oral medication is a potassium-sparing diuretic originally designed to treat high blood pressure, but is now also used to treat acne. It mainly functions by reducing sebum production, leading to less acne formation. 🤰 If you are able to get pregnant, you don’t necessarily need to take a combined oral contraceptive, but you will want to use some form of birth control since spironolactone, like Accutane, is a well-known teratogen and is known for causing birth defects.

Spironolactone has relatively minor side effects, like low appetite, weakness, or cramping, but there’s one major exception: spironolactone comes with a black box warning about its cancer-causing effects. The FDA is required to include this label based on a study conducted in the 1950s that found carcinogenic properties in the spironolactone given to rats in an experiment. However, the dose of spironolactone used in this study was nearly 500 times higher than the dose currently prescribed, and no studies since have found anything carcinogenic about spironolactone. Because of the findings, most dermatologists feel comfortable prescribing spironolactone for acne. Still, it’s something to be aware of before you take it. Additionally, those with low blood pressure or kidney conditions are likely not good candidates for spironolactone and may want to explore other acne treatment options. 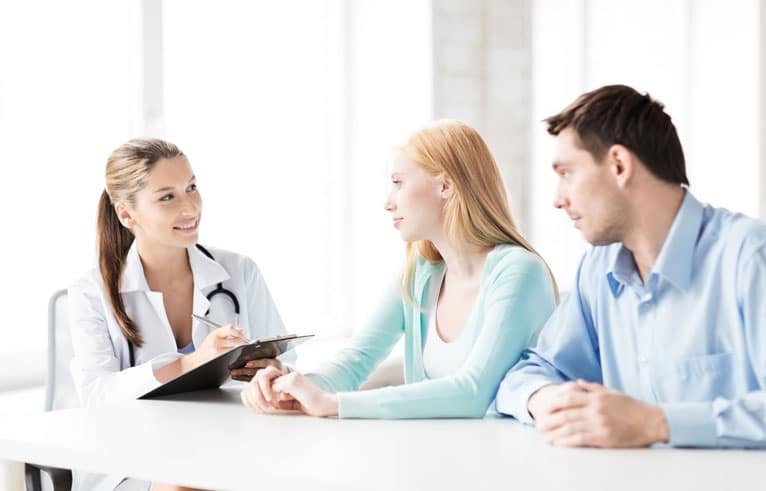 Women who are pregnant or planning to get pregnant are advised not to take accutane and other similar drugs to avoid birth defects.
Comments 0
Related acne articles: